Among other things, this lecture will ask the question to what extent the applicable standards for safety helmets are still up to date and will present patented helmet solutions that specifically address rotational movements with the intent to redirect them away from the head.

Head protection is mandatory for all climbing and height work. However, the applicable standards for corresponding protective helmets relate primarily to the reduction of vertically acting forces, such as when falling objects collide.

In doing so, they ignore the fact that very different accident scenarios can occur in the work environments mentioned. Both the impact of an object and that of a fall are often at an angle, which can cause harmful rotational movements that could be transferred to the head and brain. When different parts of the brain move relative to each other as a result of rotational motion, the tissues can stretch, which can cause concussions or other brain injuries. 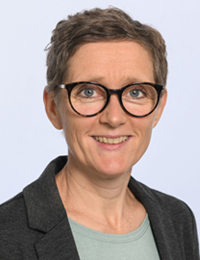